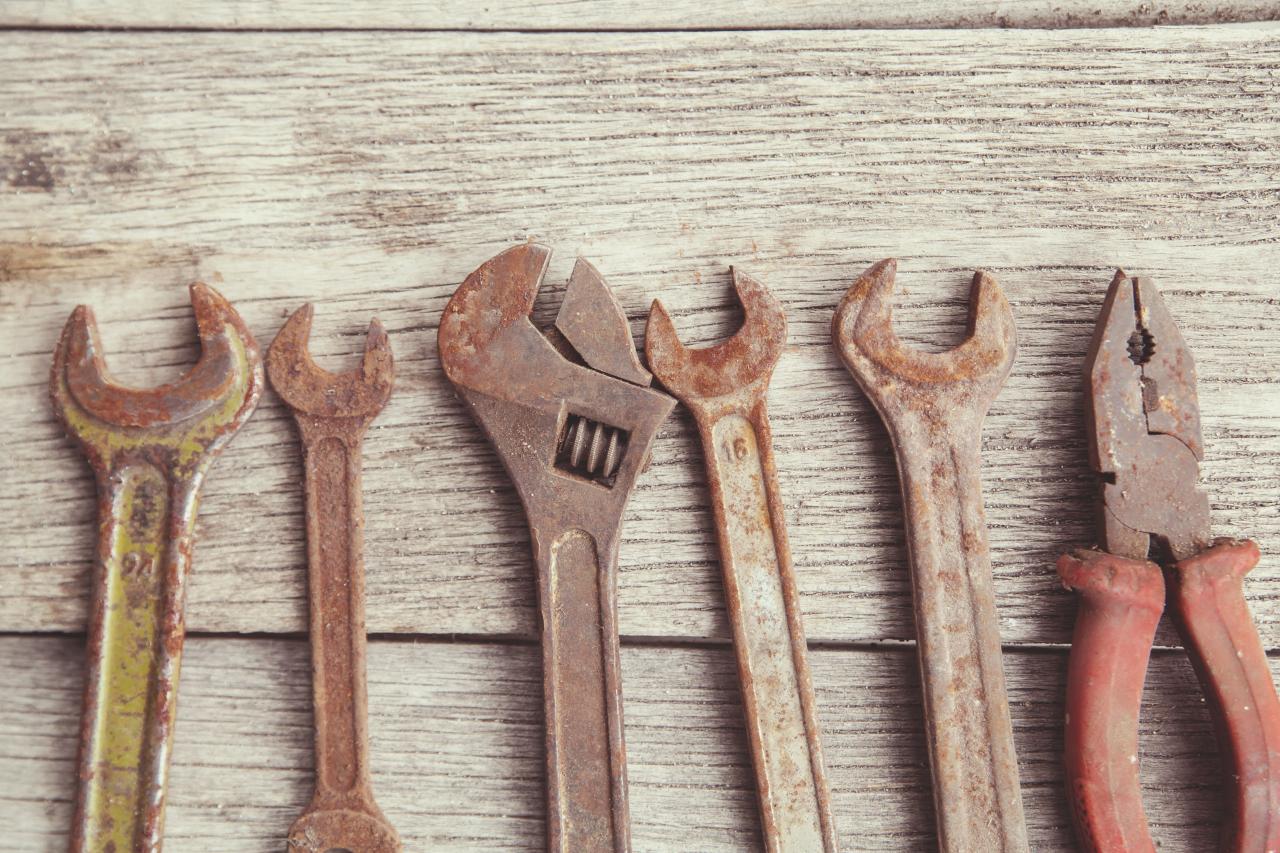 Rust is one of the biggest enemies of tools. Not only does it cause tools to deteriorate, but it can also transfer to other surfaces, causing them to rust as well.

The good news is that there are a few different ways to get rid of rust. The best way will depend on the severity of the rust and the type of tool.

What is rust and why do tools get it?

Rust is a type of corrosion that forms on iron and steel when they are exposed to oxygen and moisture. The reaction between the metal and the oxygen creates iron oxide, which is what we know as rust.

This process can happen quickly if the conditions are right. For example, if you leave a tool outside in the rain, it will rust much faster than if it were stored in a dry place.

Rust can also transfer from one surface to another. So, if you have a rusty tool, and you use it on a non-rusty surface, there’s a good chance you’ll end up with a rusty surface too.

How to remove rust from tools

There are a few different ways to remove rust from tools. The best way will depend on the severity of the rust and the type of tool.

For light rust, you can use white vinegar or lemon juice. Just soak a cloth in the liquid and scrub at the rust until it comes off.

For more stubborn rust, you can try using steel wool or a wire brush. Scrub at the rust until it starts to come off, then wipe away any residue with a clean cloth.

If the rust is really bad, you may need to use a chemical rust remover. These products are designed to dissolve rust, so just follow the instructions on the packaging. Be sure to wear gloves and protective eyewear when using these products, as they can be harmful to your skin and eyes.

Once you’ve removed the rust, it’s important to protect the tool from further corrosion. You can do this by wiping it down with a light coat of oil or wax. This will create a barrier between the metal and the oxygen, preventing rust from forming in the future.

How to prevent rust from getting on your tools

The best way to deal with rust is to prevent it from happening in the first place. There are a few things you can do to protect your tools from rusting:

Following these tips will help to keep your tools in good condition and prevent rust from ruining them.